Attend talk about new shrine in your area

Click on the button above to see dates, locations and times for the Blessed Stanley Rother Shrine Presentations to be held in October in five Arkansas parishes in English and Spanish. All are welcome to attend one of these presentations in a parish near you.

Representatives from the Blessed Stanley Rother Shrine, which is being built by the Archdiocese of Oklahoma City, will speak at five parishes in Arkansas next month. All are welcome to attend one of these presentations to be held Oct. 1-8 in English and Spanish.| Go to Presentation Schedule. 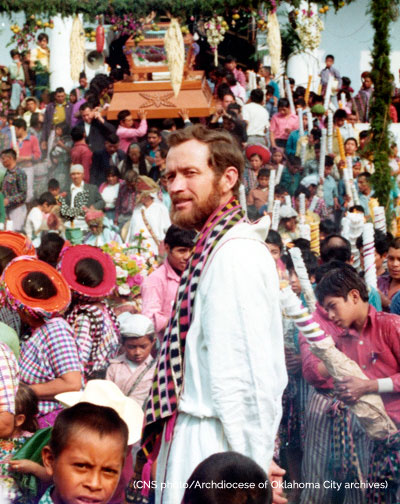 Leif Ardvinson, executive director, and Jason Spoolstra, director of pilgrimages, will speak in English and Cynthia Aranda, executive assistant, will speak in Spanish about the $50 million shrine, which is set to be dedicated in February 2023. These events are sponsored by the Faith Formation Office. For more information, email Jeff Hines, diocesan director of faith formation, or call him at (501) 664-0340, ext. 388.

According to the Archdiocese of Oklahoma City, which began construction on the project in 2019, the shrine will eventually include a 2,000-seat church, chapel where Blessed Stanley Rother will be entombed, events and education building, pilgrimage center, museum and several areas designated for shrines and devotion. The site, located in south Oklahoma City, will be developed over time. When completed, the church will be the largest Catholic church in Oklahoma.

Blessed Rother, an Oklahoma native, was ordained a priest in 1963. Five years later the Archdiocese of Oklahoma City sent him to serve its mission in Santiago Atitlan, Guatemala, where he helped build a small hospital, a school and a Catholic radio station. He served there until he was murdered in the parish rectory. 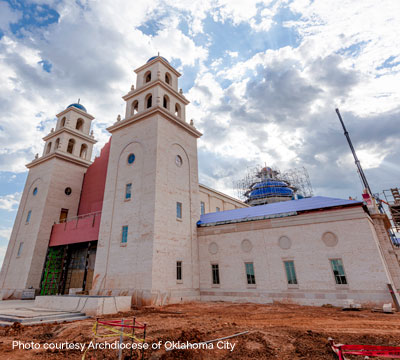 The archdiocese opened a cause for sainthood for Father Rother in 2007. Bishop Anthony B. Taylor was the episcopal delegate for Father Rother's cause from 2007 until he was named the bishop of Little Rock in 2008.

In December 2016, Pope Francis recognized Father Rother’s martyrdom and beatified him in September 2017. Bishop Taylor dedicated the Catholic mission in Decatur (Benton County), Blessed Stanley Rother Catholic Church, a day after the beatification, making it the first in the world to carry the patronage of the first American-born martyr. We celebrate Blessed Rother's feast day on July 28, the anniversary of his death.

To learn more, read “Blessed Stanley Francis Rother: The First American Martyr,” a book written by Bishop Taylor adapted from an extensive, audio-visual presentation he created from his time as episcopal delegate for Father Rother's sainthood cause.