Click on the button above find a list of Mardi Gras celebrations planned in Arkansas parishes and schools. Or contact a parish near you to find out if events are scheduled for your area.

Historically, the rules for fasting and abstinence were much more restrictive. Catholic Culture explained that during Advent, known as the "little lent," Catholics fasted almost as much as they did during the "big lent" from Ash Wednesday to Easter. The faithful found ways to make up for these periods of deprivation with seasons of feasting and merry-making. In Latin countries these seasons became known as "carne vale" (carnival), which is Latin for "meat farewell." Read Arkansas Catholic to learn more. 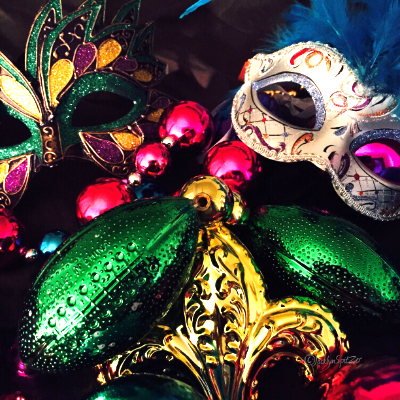 Fat Tuesday comes from the tradition of slaughtering and feasting on a fattened calf on the last day of carnival. In the United States, carnival became connected only to the Mardi Gras (Fat Tuesday) celebration, particularly in New Orleans, but in many predominately Catholic countries the carnival season begins with the feast of the Epiphany and ends at midnight before Ash Wednesday.

Father William Saunders explained that in England, Shrove Tuesday (same day as Fat Tuesday) is the last day of Shrovetide, which is the week before Lent begins. The word, "shrovetide," is the English equivalent of "carnival." Rather than a week of excess, "Shrovetide was the time to cast off things of the flesh and prepare spiritually for Lent."

"Shrove" comes from "to shrive," or hear confessions. In the Anglo-Saxon "Ecclesiastical Institutes," recorded by Theodulphus and translated by Abbot Aelfric about A.D. 1000, Shrovetide was described as follows: "In the week immediately before Lent everyone shall go to his confessor and confess his deeds and the confessor shall so shrive him as he then may hear by his deeds what he is to do in the way of penance."

Unlike the French custom of celebrating with masked balls and parties, in England, "Special plays or masques were performed, which portrayed the passion of our Lord or final judgment. Clearly, this Shrovetide preparation for Lent included the confessing of sin and the reception of absolution; as such, Lent then would become a time for penance and renewal of faith," Father Saunders added.

The English custom of making pancakes on Shrove Tuesday comes from the need to use up fat, eggs and dairy products before fasting and abstinence begins. In the early Church, abstinence included all forms of meat and animal products so that included milk, cheese and eggs, which might explain why Easter was celebrated with decorated eggs and fresh breads. Father Saunders explained that the Easter egg symbolized the resurrection, "just as a little chick pecks its way out from the egg shell to emerge to new life, so Christ emerged from the tomb to new and everlasting life." 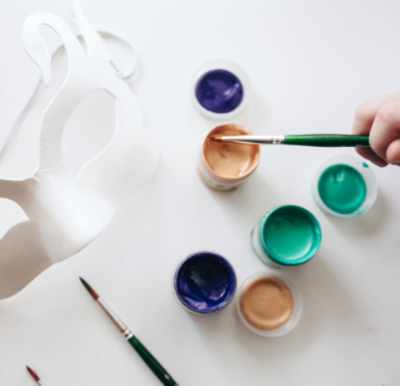 Since carnival begins on the Epiphany, a king cake is traditionally served. The Epiphany celebrates the Magi (three kings) bringing gifts to the newborn king (Jesus). According to the Archdiocese of New Orleans, the king cake tradition was brought to New Orleans from France in 1870. It is shaped like a crown and decorated in the royal colors of purple, green and gold, which are the same colors of Mardi Gras.

"In the past such things as coins, beans, pecans or peas were also hidden in each king cake. Today, a tiny plastic baby is the common prize. Each person looks to see if their piece contains the 'baby.' If so, then that person is named 'king' for a day and bound by custom to host the next party and provide the king cake."

The purple stands for myrrh, green is for frankincense and gold is for gold — the gifts the Wise Men gave Jesus; gifts for a king, explained Msgr. Owen Campion of Our Sunday Visitor.

Why not partake in parish events before casting "off things of the flesh to prepare spiritually for Lent?" Visit our website calender to find Mardi Gras activities in your area. Or explore Catholic websites that offer recipes and ideas to help you celebrate Mardi Gras with your family.

Teaching Catholic Kids offers several ideas for celebrating Mardi Gras as a family, which includes making your own masks, costumes and a king cake. Catholic Icing provides a recipe for Shrove Tuesday Pancakes and the "Bury the Alleluia" game while Catholic Cuisine has a recipe for Mardi Gras Beignets and the Detroit Catholic explains the Polish tradition of Paczki Day.