Father Greg Luyet, judicial vicar, sent the following letter, Monday, May 17, 2021, to diocesan priests regarding the death of Father Ralph Esposito on May 14.

"With faith in eternal life, I announce the death of Father Ralph J. Esposito. He died on May 14, 2021 in New Castle, Pennsylvania where he had moved following his retirement to be closer to his family. A memorial Mass will take place at a later date per the wishes of Father Esposito. There will be no public viewing. He will be buried at St. Vitus Cemetery in New Castle, Pennsylvania. As is our custom, please offer three Masses for the repose of his soul. 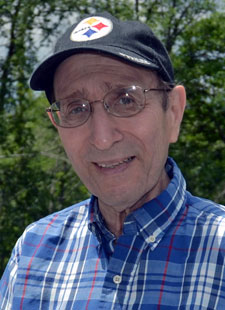 "Father Esposito was born on Oct. 22, 1940 in New Castle, Pennsylvania. On May 13, 1967, he was ordained a priest in the Cathedral of St. Paul in Pittsburgh. The early years of his priesthood were spent serving in the Diocese of Pittsburgh. In 1978, he moved to Arkansas and was incardinated in the Diocese of Little Rock on July 28, 1981.

"As a senior priest, Father Esposito moved to New Castle, Pennsylvania where he engaged in his hobbies of painting, drawing, traveling and writing. He also cared for his dog, Muffin. He is survived by his brother, Stanley Esposito of Pittsburgh and his sister, Angel Fazzone and her husband Paul of New Castle and several nieces and nephews.

"He is preceded in death by his parents Stanley S. and Lucy A. Fleo Esposito and his twin brother, Dom (Mickey) Esposito.

Funeral arrangements are in the care of Ed and Don DeCarbo Funeral Home and Crematory at 941 S. Mill St. in New Castle, Pennsylvania. Should you so wish, you may leave an online condolence at www.decarbofuneralhome.com.

"Eternal rest grant unto him O Lord and let perpetual light shine upon him. May he rest in peace.