Count down to Christmas with O Antiphons

An antiphon is verse that is sung or recited to give emphasis to what follows, such as a prayer, psalm, Scripture or canticle. The O Antiphons are an ancient, Advent tradition that refer to the seven antiphons that come before the Magnificat (Canticle of Mary) in the Evening Prayer of the Liturgy of the Hours from Dec. 17-23. They cover the special time of Advent known as the Octave before Christmas, with Dec. 24 being Christmas Eve and Vespers for that evening being for the Christmas Vigil.

No one knows the exact origin of the O Antiphons, but Roman Catholics have been singing them since at least the eighth century. According to the U.S. Conference of Catholic Bishops, the O Antiphons are a "magnificent theology that uses ancient biblical imagery drawn from the messianic hopes of the Old Testament to proclaim the coming Christ as the fulfillment not only of Old Testament hopes, but present ones as well. Their repeated use of the imperative "Come!" embodies the longing of all for the Divine Messiah."

These verses are commonly called the O Antiphons, or "Greater Antiphons" or the "O’s of Advent," because each one begins with the exclamation "O." Each one emphasizes a unique, prophetic title of the Messiah, as foreshadowed in the Old Testament by the prophet Isaiah: "Wisdom," "Lord of Israel" ("Adonai"), "Root of Jesse," "Key of David," "Radiant Dawn" ("Morning Star"), "King of all Nations" and "Emmanuel."

Different versions of the antiphons are available online. The following came from Teaching Catholic Kids, which also offers instructions to make a Christmas paper chain to help kids learn about this tradtion. Watch the videos in this Catholic Company article to hear a couple of the antiphons chanted in community in Latin. 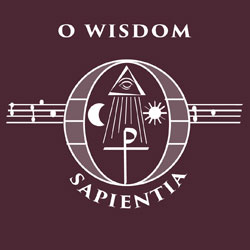 O Wisdom, coming forth from the mouth of the Most High, reaching from one end to the other, mightily and sweetly ordering all things: Come and teach us the way of prudence. (Isaiah 11:2-3, Isaiah 28:29) 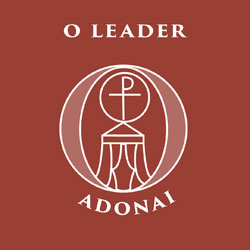 O Adonai, and leader of the House of Israel, who appeared to Moses in the fire of the burning bush and gave him the law on Sinai: Come and redeem us with an outstretched arm. (Isaiah 11:4-5, Isaiah 33:22) 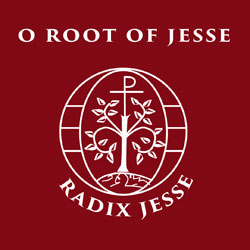 O Root of Jesse, standing as a sign among the peoples; before you kings will shut their mouths, to you the nations will make their prayer: Come and deliver us, and delay no longer. (Isaiah 11:1, Isaiah 11:10) 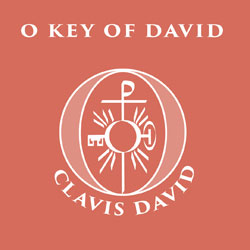 O Key of David and sceptre of the House of Israel; you open and no one can shut; you shut and no one can open: Come and lead the prisoners from the prison house. (Isaiah 22:22, Isaiah 9:7, Isaiah 42:7) 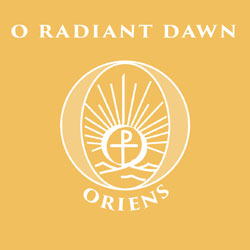 O Morning Star, splendor of light eternal and sun of righteousness: Come and enlighten those who dwell in darkness and the shadow of death. (Isaiah 9:2) 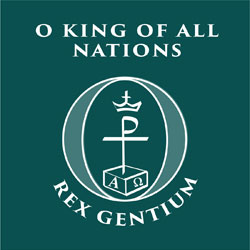 O King of the nations, and their desire, the cornerstone making both one: Come and save the human race, which you fashioned from clay. (Isaiah 2:4, Isaiah 28:16) 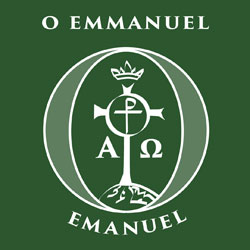 O Emmanuel, our king and our lawgiver, the hope of the nations and their Savior: Come and save us, O Lord our God. (Isaiah 7:14)

According to Simply Catholic, many families add the O Antiphons to their prayers during Advent because they "are like a drum roll growing to a crescendo as the seven days bring us closer to the Christmas miracle of God made flesh, born as a babe and, with few exceptions, mostly unnoticed by mankind. Each of the seven greater antiphons are also sung or recited as the alleluia verse (or antiphon) before the Gospel at daily Mass Dec. 17-23."

It is from the O Antiphons that the Advent hymn was written that we call today “O Come, O Come, Emmanuel," which was an important teaching tool during the Middle Ages when most people were illiterate and had few Bibles.